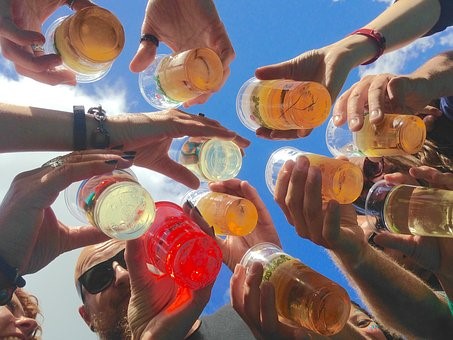 Small is beautiful as far as the real ale scene is concerned – and the Kettering area is no exception.

Right across the UK, small microbreweries are finding that people have developed a taste for unusual ales produced on their doorstep. Their names, and their locally-sourced ingredients, often reflect their regional roots.

Property letting agent Ashan Property Services offers a range of houses to rent in Kettering and so we know the whole area well. Here we look at local breweries, and why ale aficionados should find plenty to tickle their tastebuds in the town.

This Kettering pig-inspired concern has been running for 12 years. It makes some permanent bitters, including Captain Pigwash and Streaky for the summer. They also produce some one-off ales, and a range of Welsh cider and perry.

If you want to know more about what they do, you can go on a guided tour of their Sydney Street premises, usually on a Friday. Pot Belly also run an annual beer festival annually, usually in June or July, at their brewery. This features several of their own ales plus guest ones which even knowledgeable local drinkers might be unfamiliar with. To ensure the whole event goes with a swing, live music and food are usually on the menu too.

Based in Buccleuch Street, Kettering, this 6-barrel plant produces a range of real ales, including milds, stouts and bitters. It started operations in 2013. The brewery is open to the public on Saturdays from 10am-12 noon.

Weird and wonderful names of its ales include Starry Kite, French Dog and its award-winning Stout of Order, which was named the best stout and the third best beer overall at last year’s Delapre Beer Festival.

This microbrewery used to be based in Kettering but has now moved to nearby Thrapston. They pride themselves on not having any artificial sugars, colouring or e-numbers in their ales, which include Best Bitter, locally-inspired Guilsborough Gold, plus a Pilsner and an American Pale Ale. They offer tours of their premises too.

Kettering now has its own real ale store in Market Street to cope with the rising demand. The Bottle Mix sells a range of local craft beers, some from local microbreweries, and also has a world ales section. It has just organised its first festival with a range of guest beers on tap.

Another way to learn more about real ale is to visit one of the many festivals in the area. As well as the microbreweries and shops which have their own, smaller ones, Kettering also has its own Beer/Cider and Music Festival, to be held at the town’s Rugby Club from June 15-18. This will showcase 40 locally-brewed ales plus 25 ciders.

The Campaign for Real Ale, which champions the cause of the beer connoisseur, also helps out at a number of festivals around the country. This includes the Northamptonshire County Beer Festival, also due to be held in June at Becket’s Park, Northampton, this year. Food and live music is also on the menu at an event which had previously been held at the nearby Delapre Abbey.

Kettering is a thriving town fast gaining in popularity due to its excellent road and rail links. It has also been identified as a major London commuter town, as it benefits from lower rental prices than the capital, and the rail journey only takes around an hour. People can also enjoy a much more relaxed pace of life, with plenty of time to enjoy hobbies and interests.

Ashan Property Ltd has an extensive range of flats and houses to rent in Kettering. We can also help you find the perfect place in Rushden, Wellingborough, Desborough, Rothwell, Corby and Market Harborough, plus all the surrounding villages.

We offer the same friendly, professional service to landlords and tenants alike. Click on the link (link: https://www.ashanproperty.com/property-to-rent-in-northamptonshire/) to check out the properties – which also include flats and rooms to let in the Kettering area – we currently have on our books.