Kettering – The Town with Two Twins 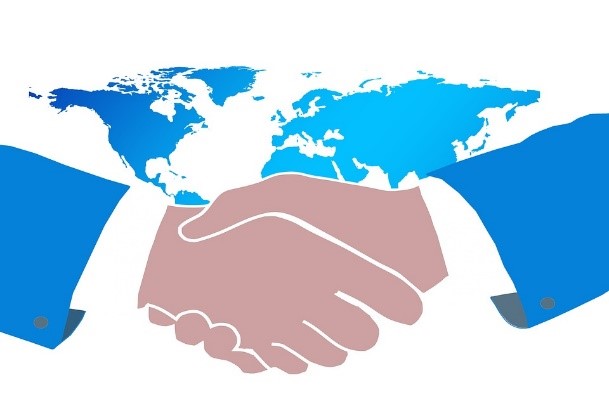 Kettering is a town which enjoys strong international links. It is twinned with Lahnstein in Germany and a town in the US state of Ohio, which is particularly appropriate as the two places share the same name.

Ashan Property offer a wide range of property to rent in Kettering, so we know the town and surrounding area well. Here we take a look at the town’s international partners, and a few of its Northamptonshire neighbours which also have ‘twins’ in Europe.

The first contact between Kettering and Lahnstein was made in 1955, when staff and pupils from what was Kettering Grammar School took part in an exchange trip to the Staatliches Gymnasium Oberlahnstein. This turned into a more formal twinning partnership four years later, with Kettering Borough Council a driving force to the link-up.

The link-up has seen German and English families play host to one another in alternate years, while a council-backed bursary scheme offers the chance for young people from Kettering to travel to Lahnstein for work experience.

Lahnstein itself is a small town in mid-western Germany, close to the city of Koblenz and at the junction of the Rhine and Lahn rivers. Its strategic importance meant it was heavily fortified, and many of the mediaeval buildings, gates and towers survive to this day, including Lahneck Castle, which overlooks the town. Nowadays Lahnstein’s position at the heart of the Rhine Valley wine-producing region has helped it become a thriving centre for tourism.

The two Ketterings were officially twinned in 1978. The partnership has led to regular exchange visits involving adult and family groups, and individual organisations. Staff from Tresham College and Sinclair College in its US counterpart have been able to benefit from teacher exchanges, while the American Kettering’s Children’s Choir have made two trips to Northamptonshire, in 1994 and 2000.
The Ohio Kettering has a population of more than 50,000, and is five miles from the city of Dayton. Major employers in the region include IT companies, the healthcare sector and the aerospace industry. The nearby Wright-Patterson Air Force base has a workforce of more than 27,000 people and is also home to the National Museum of the United States Air Force.

Kettering, Ohio, became a city in 1955, and was named after the US inventor Charles Kettering. He is credited with many major developments in the automotive industry, such as the first key ignition system and spark plugs, and he also helped invent the first electronic cash register.

Kettering is not the only place in Northamptonshire which promotes and enjoys strong links with the international community.
Desborough is twinned with Neuville de Poitou in France, a town in the western Nouvelle-Aquitaine region of western France, and Bievre, a 3,000-strong community in southern Belgium. As a founder member of the European Charter of Rural Communities, representatives from Desborough attend conferences with other similar towns and villages from across the continent.
Rothwell is twinned with Droue, a village in the Loire Valley in central France, with a population of just over 1,000 people. As well as exchange trips, the two places have street names which mark their connections. One street in Rothwell is named Droue Court while its French twin has a Rue D’Eva Dainty, named after the Rothwell woman who helped set up the partnership.
Burton Latimer is twinned with Altendiez in Germany. This small town is around 30 miles from Lahnstein, one of Kettering’s two twins, and the twinning arrangement was finalised in 1987.
Ashan Property can offer a wide range of quality rooms to let in Kettering and Corby. We also have a large range of property to rent, including houses and flats, in Kettering, Desborough, Rothwell and Burton Latimer, and other towns and villages in the area, including Market Harborough and Little Stanion. To find out what we currently have available, click on the link.

Desborough, Rothwell and Burton Latimer, and other towns and villages in the area, including Market Harborough and Little Stanion.  To find out what we currently have available, click on the link.