Kettering is home to the National Volleyball Centre, which is an added attraction for budding athletes renting property in the area. So here, Ashan Property letting agents has compiled a guide to volleyball and the centre. Kettering Arena Sports is host of Volleyball England at the National Volleyball Centre. The centre was established in 2009 and regularly holds popular camps for volleyball training, as well as international, national and regional competitions and championships. 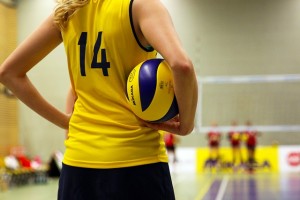 The centre was opened by GB indoor volleyball captain Maria Bartelli alongside Councillor James Hakewell, the then leader of Kettering Borough Council. Kettering hosted the national cup finals in 2011, for indoor volleyball, and also welcomed 11 indoor volleyball teams from across the globe to compete in various other prestigious games. The centre also caters for business events – with room to hold functions for up to 250 people, and, as a result, is a hotspot for exciting activities.

A Brief History of Volleyball

In February of 1895, a new game called ‘mintonette’ was founded in Massachusetts by William Morgan, a YMCA physical education director. Created as a pastime to be played indoors, it was designed as a less rough sport than basketball but was a healthy activity aimed at older players in the YMCA. Originally, the game was made up of nine innings with three serves for each team, where the ball was sent between teams across a net. Hitting the net was the first declared foul in the rulebook and the number of players was limitless.

Sometime after Alfred Helstead, a regular observer of the games, noticed the volleying nature of the game and renamed it Volley Ball. In 1917 the game became a 15-point game instead of 21, and was originally popularized by American Expeditionary Forces and their allies.

Volleyball first became a potential Olympic sport in the 1924 summer Olympics in Paris, where it was played as part of an American sports’ demonstration. After talks and deep consideration, it was introduced as an official sport for the first time in the 1964 Summer Olympics. Beach Volleyball, a variation of the sport with only two players per team, was introduced to the Olympics programme in the 1996 Summer Olympics. It is now also an Olympic sport at the Paralympics.

There are a few different variations of the sport, these being: beach volleyball, indoor volleyball and sitting volleyball.

Beach Volleyball is an outdoor version of traditional volleyball but is played on sand and involves two players per side. This sport is popular worldwide and can be played on natural sand as well as man-made courts. Similar to tennis, beach volleyball can be for mixed or same-sex doubles.

Indoor Volleyball is played by more players, with up to six per team. The rules are pretty much the same, and the game is played on a hard court similar to badminton or tennis.

Sitting Volleyball is a relatively fresh sport – but due to its popularity in the Paralympics, it has since become a well-known game for disabled athletes. The net is lowered to the equivalent height of standing volleyball nets and the rules are the same; other than that the blocking of serves is allowed.

Rules of the game

The National Volleyball Centre in Kettering is also home to many other indoor sports, such as netball, basketball, badminton, squash, futsal, table tennis and beach volleyball.

Ashan Property Ltd letting agents were established in 2007 and have properties available to rent in Kettering, Rothwell, Desborough, Wellingborough, Northampton, Thrapston and the surrounding areas.