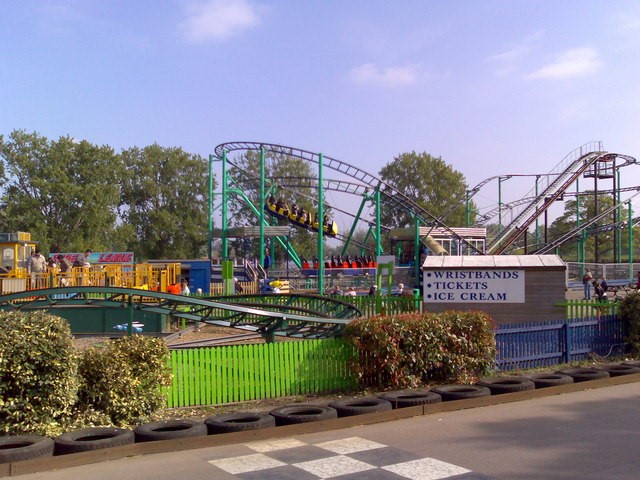 If you are looking for rooms to rent in Kettering, then you may be interested to learn a few facts about the town before you move there.

As letting agents for Kettering and the surrounding area, at Ashan Property we know the area well. Here is a list of six of the town’s claims to fame, some of which might surprise you.

1. It Wasn’t Always Called Kettering
Kettering has been referred to by a number of different names over the centuries, including Cytringan, Cateringe, Keteiringan and Ketteryng. Historians agree that the ‘ing’ part of the name probably refers to a tribe, as the exact translation means ‘the people of’. The first part of the name is more difficult to pin down. It could have been the name of the tribe’s leader. Others believe it comes from the Saxon word cetel, meaning narrow valley, or from cyta, the Saxon word for a kite, which were then common birds of prey. The first recorded reference to Kettering is in a royal charter dating from 956AD.

2. A Historic Theme Park
Kettering’s Wicksteed Park was founded in 1921 and is the oldest amusement park on the UK mainland. Across the whole of the UK, only Blackgang Chine on the Isle of Wight can beat it for age.
Wicksteed Park is named after the noted Kettering industrialist Charles Wicksteed, who wanted to give something back to the town. Children’s swings were the first feature on the site; now the park is split into four sections, namely playground, arena, fairground and lakeside, and each has its own rides and attractions.
More than a million people a year now visit the Barton Road site, which is also home to a collection of farm animals, and hosts community events including an annual Guy Fawkes Night fireworks display.

3. The First Football Shirt Sponsors
Kettering Town FC were the first football club in England to wear a sponsor’s logo on their shirts. Kettering Tyres were the company who benefited from this extra publicity, back in 1976.
However the football authorities were quick to ban the move, as it was forbidden by the regulations at the time. The club tried shortening ‘Kettering Tyres’ to ‘Kettering T’, claiming it was part of their name, but the Football Association refused to back down and the club, faced with a hefty fine, had to remove all the wording. These days shirt advertising is commonplace throughout all levels of the game.

4. A Well-Known Footballer and Manager
Sean Dyche, the current Burnley FC boss, was born and raised in Kettering. He played for Ise Lodge YFC, the largest youth football club in the town, and went on to have a distinguished professional career with Nottingham Forest, Chesterfield, Bristol City, Luton Town, Watford and Northampton Town.
He returned to Watford in 2007 as a youth coach, and was appointed their manager four years later. He was given the Burnley manager’s job in 2012 and his success with the Lancashire club has seen him mentioned as a possible future manager of the England national team.

5. A Famous Author
J.L. Carr, author of a number of well-known novels, was originally born in Yorkshire but moved to Kettering in 1952. He became head of the town’s Highfields Primary School until he retired from teaching in 1967.
He then embarked on a full-time career as a writer. His most famous books include How Steeple Sinderby Wanderers Won the FA Cup. This tale of the unlikely success of a village football team was also made into a West End stage play. A Month in the Country, which he wrote in 1980, tells the story of two World War I veterans working at a village parish church. It was nominated for the Booker Prize and was made into a film starring Colin Firth and Kenneth Branagh.

6. The Charles Dickens Connection
Widely considered one of the greatest English authors, Dickens also enjoyed a parallel career as a journalist. He covered a by-election in Kettering for the Morning Chronicle in 1835. The campaign trail turned violent and at one meeting on the hustings Dickens witnessed a supporter of the Conservative candidate Thomas Maunsell point a gun at someone in a crowd. The man was disarmed, and the Tories went on to win the by-election.
Ashan Property are highly experienced letting agents for Kettering and the neighbouring area. We offer rooms to rent in Kettering and Corby, and we also have a wide range of properties for rent in neighbouring towns and villages including Wellingborough, Thrapston and Rothwell. Follow the link to find our current list of homes for rent.